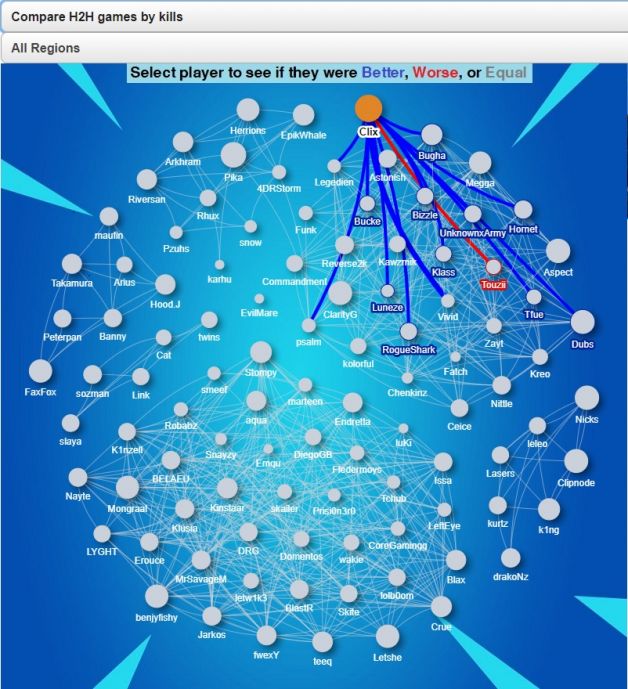 Because the pool of players was so large, only 2% of qualifier matches contained more than one player who ultimately qualified for the final. Rananta has compiled data from millions of player results to produce a tool that shows how well each finalist did when directly competing against another finalist.


In the video above you see that Clix dominated other finalists in terms of kills (lots of blue lines), while Psalm was less successful getting kills (lots of red lines).This tool allows fans to see how successful their favorite players were in qualifying matches vs the players they will be competing against this Sunday.

See the interactive tool at www.rananta.com

Rananta LLC is an analytics firm specializing in eSports, sports, politics and other interesting events. Their focus is producing stats and probabilities that update in real-time during an event. Contact : jason@rananta.com