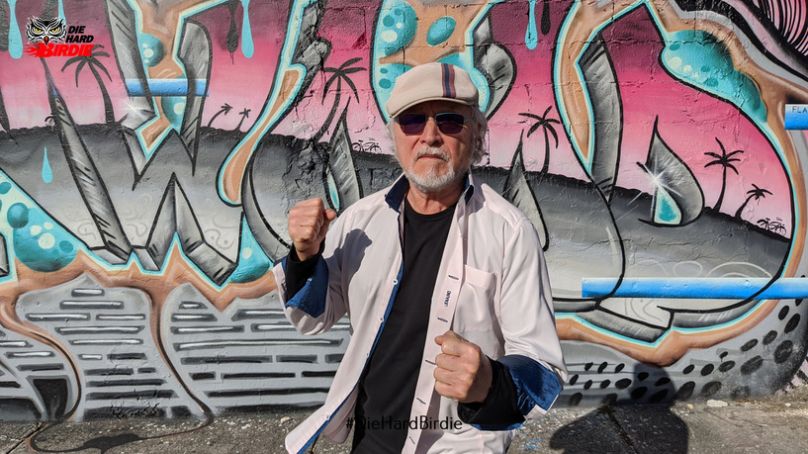 "I am happy to be on this new series and to show my life to others," DieHardBirdie said. "I like playing Counter-Strike. I am still alive at the end of the game and I can connect with other people when I play. No one is too old or too young to play games."

The "Gamebreakers" documentary series will focus on a gamer per episode - each a trailblazer, innovator, and champion in their own focus of specialization. Along with DieHardBirdie, other featured gamers are Autumn Rhodes, Mr. Moss and Clutch, Alicia "AliciaXLife" Junus, Gary "Gizzy Gazza" Merritt, and Jaden "Wolfiez" Ashman. The documentary highlights how these gamers of diverse backgrounds and styles changed the gaming community, the opportunities and challenges that they have faced, and their plans for the future.

More on EntSun News
Evan Kubes, President of Rumble Gaming, shares his excitement for the upcoming documentary. "This 6-part series will take a deep dive into the people who make gaming so great," Kubes posted in a tweet.

The Gamebreakers docuseries is produced by Network Productions Inc. and presented by Carpe Diem Media Corporation with the support of Canada Media Fund, Game+, and Rumble Gaming. The series will premiere in Canada and the United States on Game+ Network commencing on January 10, 2021.

Abbe Borg, best known as "DieHardBirdie," is a Sweden-based Counter-Strike: Global Offensive (CS: GO) senior world champion at 78 years old. Before his second career as a pro gamer, Abbe was a professional artist working on metal and paper sculptures. Abbe is fond of origami and we can often find him creating interesting sculptures out of old books and crafting beautiful paper flowers for his family and friends when not video gaming. Abbe is tagged as Birdie because of his talent in mimicking bird calls and sounds by whistling with a leaf or other materials.

More on EntSun News
DieHardBirdie can be reached at diehardbirdie@gmail.com. He streams his gameplays on twitch.tv/diehardbirdie and uploads his videos on youtube.com/c/diehardbirdie.