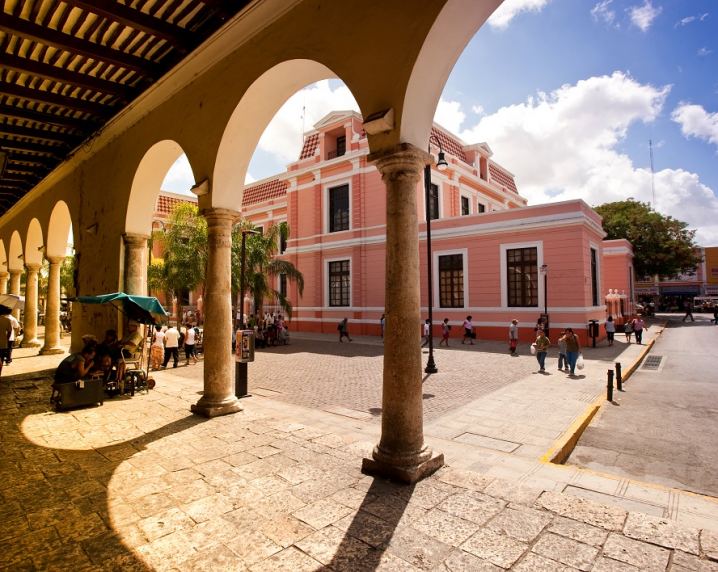 NEW YORK - EntSun -- Merida, the capital of the state of Yucatán was recognized in the category of "Large Cities" at this year's Condé Nast Traveler Readers' Choice Awards. Ranking in at No.6, Mérida is the only city in Mexico that figures in this list, sharing the distinction with other cities such as Tokyo, Osaka and Singapore in Japan, Istanbul in Turkey, Porto in Portugal, Bangkok in Thailand, or Seoul in South Korea, among others.

Known as the "White City," Merida has been part of this ranking for two years, taking first place in 2019 and third in 2020 under the Small Cities category; furthermore, in January of this year, this same publication released the list of the friendliest cities in the world, in which Mérida ranked first among the Americas.

In addition to the recognition of the city, hotels from Yucatán figured in the list "Top 20 Hotels in Mexico", Hacienda Xcanatún by Angsana at No. 8 and Hacienda Temozón, a Luxury Collection Hotel at No. 11; while Chablé Yucatán ranked No.2 at the "Top 20 Resorts in Eastern Mexico" at the Readers' Choice Awards 2021.

More on EntSun News
The proximity that the Yucatecan capital has with the beautiful beaches of Progreso, spectacular archaeological sites, magical towns and the great variety of cenotes that are around, had placed the city of Merida within the visitors' preferences. Merida and Yucatan had placed top in different rankings thanks to its culture, history, and unique tourist attractions, but also for its friendliness as you can find in every corner, people with a big smile and an open heart to receive visitors, offering quality in service and a welcoming attitude that makes all visitors feel at home.

Currently, Yucatán is one of the destinations in Mexico that offers high safety standards to all travelers, thanks to the Good Sanitary Practices Certification Program which aligns with the Safe Travels seal by the WTTC, which guarantees the correct implementation of bio-security protocols against Covid-19, implemented in different establishments, from hotels, restaurants, attractions, and tours, to airlines, making tourists feel comfortable visiting us. For more information about the destination and how to plan your trip, you can visit https://yucatan.travel/

More on EntSun News
Condé Nast Traveler is one of the most important travel magazines in the world. In addition to its prestige and credibility in its recommendation lists, it has more than three decades of leading this survey among its readers; The Readers' Choice Awards. These lists are published every year in its November issue and serves as a guide for travelers for the upcoming year. Magazine has more than 600 thousand readers and more than five million followers in its social networks and site visits.