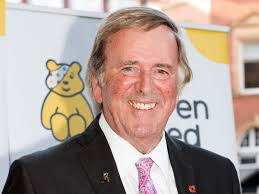 Norfolk's fastest growing radio station attracts investment, new DJs and moves its award winning broadcaster, Richard J Hannah to a new prime time slot to secure new sponsor.
KINGS LYNN, U.K. - EntSun -- KLR24, Norfolk's fastest growing radio station has already been impressing its investors by attracting talent to the station, however, it has significantly expanded its audience reach and attracted new listeners with a shake-up of its schedule. A brand new 5 day a week live Breakfast show presented by Piers Mattocks and a live Drive Time show by popular DJ Paul Kazam has already proved popular. It has  meant that  presenter Richard J Hannah can move to what used to be called the ' Sir Terry Wogan
slot.'

Richard J Hannah was heavily influenced by the broadcasting great, who died in 2016. He   was delighted when asked to move to 10am with his 'Week In, Week Out' Radio Magazine and extended to a full three hours of music, competitions, special reports and Interviews. Hannah joined the station in June 2022 immediately attracting a new audience in Kings Lynn and West Norfolk with his conversational style. He occupied the Monday morning Breakfast show slot proving  so popular that new sponsors and station chief Tyler Lewis were keen to see him  in a longer form show and  primetime morning slot. Hannah has proved a hit across the station's demographic particularly women under fifty.

More on EntSun News
Award winning, Hannah both hosts and co produces 'Week In, Week Out' with Tyler Lewis the Station owner and Music Producer, Lorraine Coker.  Hannah has picked up awards for production and presentation across independent and is multi talented.  He has  parallel career as a Director of  Emerging Technology and  Compère and as an entertainer on the European Live Music Circuit

"Radio has always been my favourite entertainment medium," says Hannah  - richardjhannah.com. "I loved Terry Wogan, Jimmy Young and I am a huge fan of Simon Mayo. I adopt a conversational style mixed with music and regular features. Its all about building a relationship with the audience."

Week In, Week Out - The KLR24 Weekly Radio Magazine is live streaming Mondays from 10am. Its available via your Smart Device (Just Launch KLR24)  https://www.klr24.co.uk

It is   on Free View Television Channel 277. It will be launch on DAB after Christmas.  The show is also available via Radio Players and on demand via Spotify, Amazon Music, and Google Podcasts.