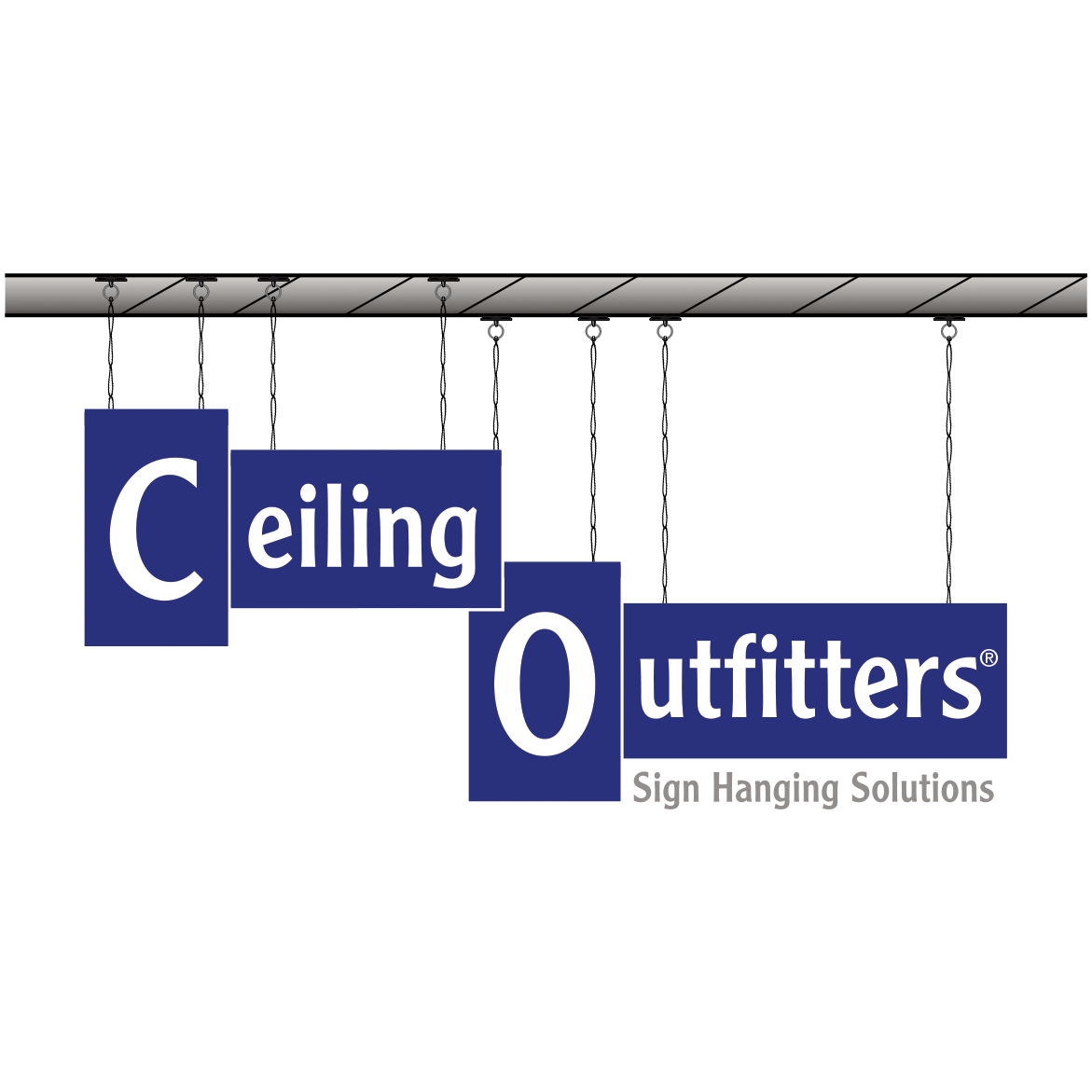 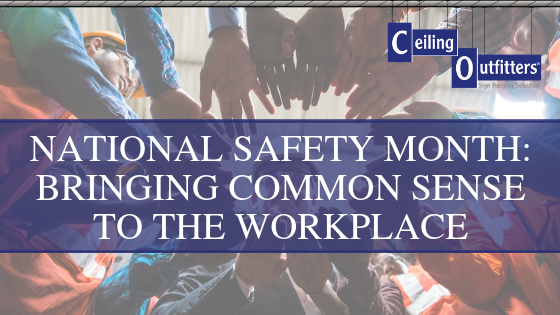 Ceiling Outfitters® has a full product line that can help businesses reduce workplace accidents when hanging ceiling signs which result from the use of ladders. Ceiling mounted signage installed with a completely ladderless sign hanging systems can reduce ladder falls in the workplace.

Of the more than 500,000 people treated for ladder injuries each year, approximately 300 die, according to the Centers for Disease Control and Prevention.

But the vast majority of ladder injuries and deaths are preventable—in many cases, injury victims never needed to be on a ladder in the first place.

"Why climb a ladder when you don't have to," says Thomas Stanley, founder of Ceiling Outfitters, the company responsible for the ladderless Clik-Clik™ Magnetic Sign Hanging System. "Unfortunately, a lot of people work for companies that don't have safety regulations on the age, use or upkeep of ladders. Many ladders are rickety, or they're the wrong size for the job. The bottom line is that if there's a way to avoid climbing a ladder, you should."

More on EntSun News
While the Occupational Safety and Health Administration provides extensive guidelines on the proper use of ladders, right down to the types of skid-resistant materials required on rungs, not all employers follow them. These preventable ladder injuries lead to millions of dollars each year in healthcare costs and workers compensation cases.

Climbing up and down a ladder is inherently dangerous. That's part of the reason Ceiling Outfitters promotes the Clik-Clik system for hanging signs and managing ceiling displays.

"Nobody wants to climb a ladder and risk a fall. A fall could change your employee's life," says Stanley.

"We have completely removed ladders from the installation equation, which makes the process safer, faster and simpler. Clik-Clik brings good, old-fashioned common sense to the table. We strongly support internal safety initiatives, and we give our customers the ability to reduce the number of steps needed to execute the sign program."

With a ladder, it typically takes two to four people to hang a banner or sign, and moving the ladder across multiple locations is time-consuming (and risky—especially with metal ladders, which can conduct electricity).

More on EntSun News
"The most important feature of the Clik-Clik system is its safety, but next is its ease-of-use. It lets employers save time and money while getting pinpoint placement in highly visible places," says Stanley.

Ceiling Outfitters offers various systems that are designed to simplify and streamline sign and banner-hanging processes, enabling employers to reduce the number of personnel and increase workplace safety.

"A lot of people who work with us share their stories about workplace injuries. When we demonstrate our solution, their typical reaction is, 'Where were you eight months ago when I needed this?' We are doing our part to prevent workplace injuries and make work safe for employees." says Stanley.

Ceiling Outfitters, based in Carrollton, Texas, is a premier distributor of high-quality, specialty ceiling sign-hanging hardware and systems. Its clients include retail establishments, manufacturing and production facilities, educational facilities, and municipal recreation centers and several other types of facilities.