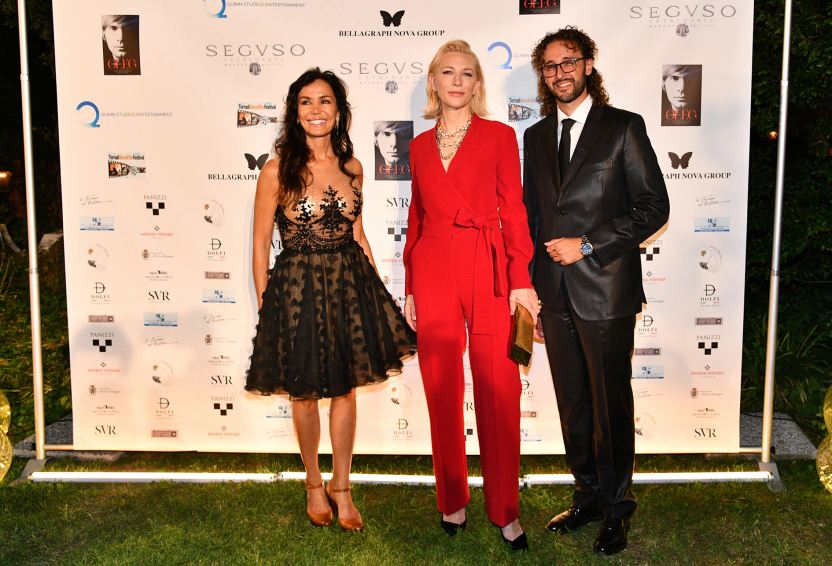 Prince Nereides Antonio Giamundo de Bourbon: founder of the Parisian Haute Couture House NEREIDES and a fine international financial strategist.
PARIS - EntSun -- An unconventional personality, an artist, a businessman, a contemporary prince. The spirit of Nereides is inexorably linked to the history of the nobility and its two hometowns, Paris and Capri. Nereides' personal and professional journey is both atypical and complex.

Nereides lives and works between Paris and Capri, and he also lived in Florence for a few years. With a dual humanist and legal track record at the same time, and a confirmed experience in the haute couture, Nereides has always mixed science with philosophy, economics with art, law with fashion.

Entrepreneur, couturier, philosopher, poet, economist, painter, journalist ... a thousand faces of a mysterious and impenetrable character, sober and not at all eccentric, who oscillates between two opposing worlds: the austerity of finance and international diplomacy, and the ephemeral beauty of art and haute couture.

More on EntSun News
In 2007, he founded the haute couture house NEREIDES in Place Vendôme, his personal address, where he organizes private shows and he returns each year to his native island, Capri, where he often exhibits his creations during the summer.

The same year, he consolidated an artistic and professional partnership with the Italian photographer and artist Lello Ammirati who became the Artistic Director of his House as well as his alter ego.

Over the past 13 years, many celebrities and personalities of the international jet set have been captivated by the charm of NEREIDES haute couture creations which are characterized by timeless elegance and sensuality.

The particularity of NEREIDES creations lies in the craftsmanship, the preciousness of the materials and the uniqueness of each piece.

Each year, Nereides creates a small number of creations for a limited audience and each creation requires long weeks of work.

Some of the materials used include diamonds and gemstones for hand embroidery, fur and exotic leathers.

More on EntSun News
There are some muses who inspire the artistic evolution of the creator. Among them, actresses such as Nicole Kidmann, Angelina Jolie, Cate Blanchett, passing by models: the Italian model and actress Lilly Mandel who has been nicknamed the "new Monica Bellucci", the Parisian Marine Barbier and the model Mame Anta Wada already muse of the famous singer Rihanna.

NEREIDES is also known for the production of men's haute couture and for unique high jewelry creations. Today, it is more and more difficult to join the small clientele of this niche House for which Nereides personally chooses its members.

In 2020, Nereides became the new Chief Marketing and Investor Relations Officer of Bellagraph Nova Group, and he leads the negotiations for the Newcastle football Club acquisition for BN Group.