Gameplex.gg - A New Home to the Latest eSports News 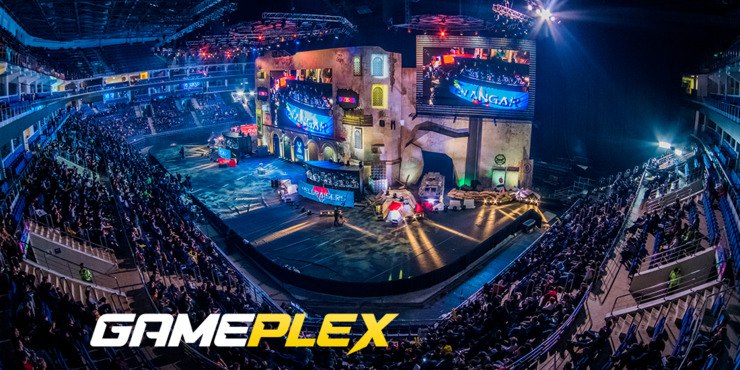 The world of video games and eSports is so fast-paced that users need a comprehensible dashboard to be able to track their favorite games, tournaments, and teams. GamePlex provides such an opportunity, which makes it an ultimate go-to resource for eSports new.

More on EntSun News
According to Newzoo, 71% of eSport fans follow only one game. In response to this trend, GamePlex is designed in a way that allows users to focus on one game at a time, not getting distracted by the details of other games.

As for now, GamePlex website covers Counter-Strike: Global Offensive (CS:GO), Dota 2, and the League of Legends tournaments and teams. The games are enduringly popular, have the most eSport hours watched on Twitch, and are recognized as top eSport games awarding prize money:

CS:GO has enjoyed top positions in eSports ever since the game release in 2013 and is associated with a wealth of events every year. The biggest event in 2019, the IEM major, attracted more than 1.2 million viewers. The total prize money awarded for CS:GO is $91 million.

Dota 2 has recently ceded its top position on Steam to CS:GO, but its prize pool is something no other eSport game can beat. Over the years, the prize pool of the International, Dota 2 annual event, accounted for more than $200 million.

League of Legends is in eSports for 11 years already and dominates the industry as one of the two leading Massive Online Battle Arenas (MOBAs). The total prize money awarded across thousands of events is $73,5 million.

Future plans include adding other popular eSport games such as PlayerUnknown's Battlegrounds, Overwatch and Call of Duty: Modern Warfare.

The Impressive Growth of the eSports Industry

The esports industry is developing at an incredibly rapid pace. Business Insider Intelligence predicts that the global eSports viewership will increase to 646 million in 2023, which is a double growth compared to 2017.

More on EntSun News
The increasing popularity and awareness of the potential of the eSports industry attracted significant investments making the industry reach a remarkable average revenue growth of more than 30% annually. According to the latest projections, the revenue of eSports will surpass one billion dollars in 2020. Most of the revenue (69%) comes from sponsorship and advertising, further contribution coming from selling media rights, tickets to live events, and in-game purchases.

A new eSports media platform GamePlex aims to address the needs of the growing number of investors and viewership population.

Industry insiders and fans have already complemented GamePlex for real-time updates on the game results, quality analysis of the eSports trends and news, and excellent user experience with the website. Due to the use of the latest technology and best practices of web development, the new eSports platform is very fast and fully optimized for mobile.

With Gameplex, fans no longer have to worry about missing the latest news or visit multiple websites to check tournament dates and results.

GamePlex Group is headquartered in Hong Kong (HKSAR) and unites a group of companies engaged in investment in eSports, IT, and software development. With the charter capital of 2,95 million dollars, the GamePlex Group has established itself as a serious player on the global market.

The GamePlex Group provides the first worldwide platform where private investors can get steady financial development and maximize the value of their investment and affiliate profit. This is due to a unique operating principle where individual investments are managed by a team of specialists with more than 20 years of experience. Together, they provide the possibility for eSports investors to get their share in the revenue of the multi billion dollar industry.