Fighting Our Ways Out Of Trouble 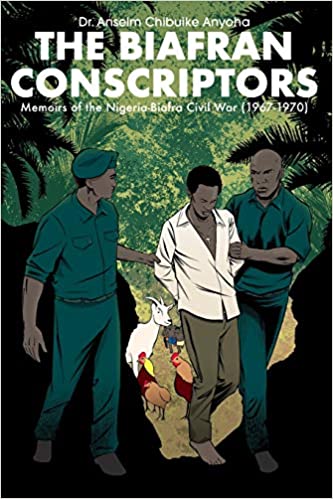 BROOKLYN, N.Y. - EntSun -- Born out of cosmic chaos, men always resort to unruliness. They seek opportunities that turn quiet moments into pandemonium, fistfights, and conflicts that keep adrenaline spiking in their bloodstream.

In tranquility, Ejike Idoh enjoyed a game of basketball. All that tranquility changed when another man walked into the arena. It bothered him to find the place so calm, and he wished there was a way to throw in disorder. He was a three-hundred-pound man, about 5 feet 10 inches tall, happily bald, and had an outstanding forehead and a short neck. Stopping briefly, he retrieved a jackknife from his right hip pocket and cut off the loose ends of the nylon net attached to the goalpost.

Then, he walked diagonally to an adjacent tennis court to greet the two tennis players in a most courteous manner. Seconds went by, and via an adjacent connecting path, the man walked over to Ejike.

"I am the new manager in charge of this facility," the man stated as he approached. "By the way," the man continued, pointing at the coffee cup that Ejike had hidden behind the basketball stand, "did you bring that Starbucks coffee over there? Make sure to take it with you when you leave."

Annoyed that man was not as courteous to him as he was to the tennis players, Ejike replied, "Yes, I brought the cup of coffee. And being an experienced man, I can take care of myself and the cup."

More on EntSun News
Scowling at Ejike, the fat fellow snapped, "What accent is that?" Then, mistakenly interpreting the accent as a sign of mental weakness as people sometimes do, he lifted both forearms and rested them on Ejike's shoulder, weighing Ejike down like a ton of steel.

"Nigerian Igbo accent," Ejike replied, partially trying to dislodge the man's forearms off his shoulders. As Ejike struggled under the ton of steel, he could see angry wrinkles grow on the man's forehead. Ejike knew the progression of aggression. Angry face first, followed by knock-out punches.

To guard the manager's forthcoming punches, Ejike bowed his two arms around the man's enormous girth, crushing through lumps of fat to hook his left and right fingers behind the man's waist. In so doing, Ejike's head and face were nestled in the pit of the man's hairless chest. As the man tried to reposition his hands from where they rested on Ejike's shoulders, both the attacker and the defender skirted on the court like tango dancers about to fall.

If Ejike wanted, he could have let the big fellow crash freely on the hard floor, perhaps with his bald head first. Ejike decided to drop his attacker gently. In a controlled demolition, the giant fell like a pin drop. First disoriented and next shocked about the speed with which a wiry-looking fellow floored him, the manager asked, "What just happened?"

More on EntSun News
"You are in a fight, a struggle of dominance," Ejike reminded him, forcefully removing his right hand from underneath the man's back. He then transferred his hand to the man's frontal neck region, looking for his elusive Adam's apple buried beneath cushions of neck fat.

While Ejike tried to squeeze the man's neck, the manager felt that the only way to stop Ejike was to disable him. Furtively, from his pocket, he retrieved the Jackknife, which he used on the nylon goalpost. With it, he deployed a stabbing motion aimed at the chest. Just as it was about to hit, Ejike kicked, and the bottom of his left heel collided with the Jackknife. The weapon landed with a rattling bang, slipped on the glistening wooden tile floor, and slid under the sheet of the dark screen that divided parts of the sports center.

Noticing a jackknife inches from the net, the tennis players tossed their rackets across the wall and rushed to the battleground. "Fight over!" they declared, pulling Ejike from where he had pinned the breathless manager. Luckily, no one was severely hurt, only surging adrenaline, chaos, and some cold morning sweats.

If you enjoyed reading this short fictional story, please purchase one of my books shown here, or donate to a nonprofit organization that caters to elders in my home state.