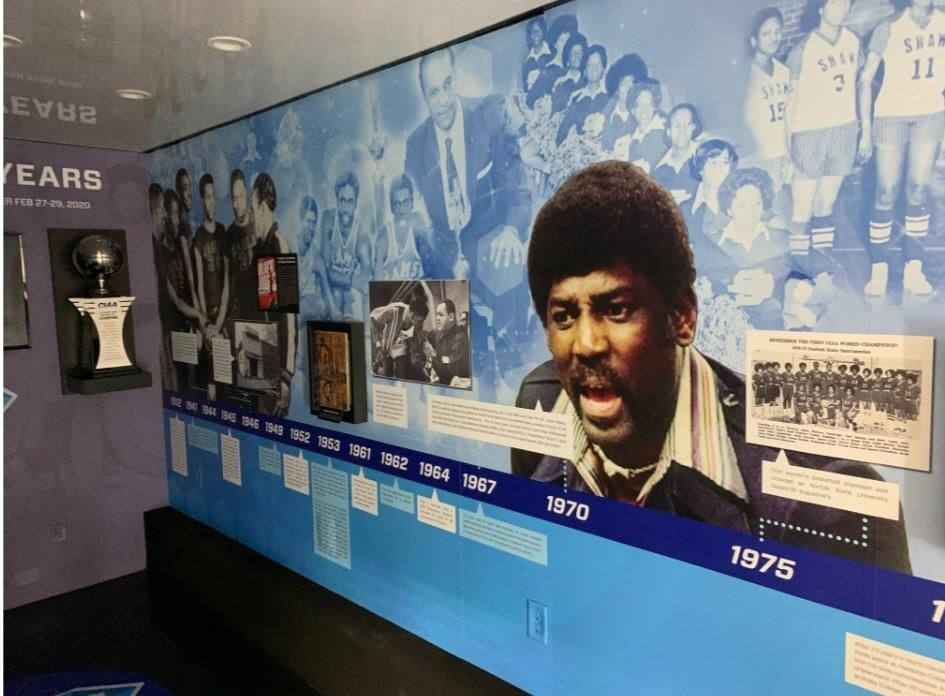 "This is an exciting time for CIAA Tournament Basketball and we're extremely pleased to showcase and share its rich 75-year history with this special mobile tour," said Rodney J. Reynolds, founder of American Legacy Network.  It was great to work with Suzette McQueen and her team at the CIAA to curate this amazing exhibit."

In addition to launching the exhibit at this year's Fan Fest in Charlotte, NC on Friday, February 28th, this uniquely curated mobile truck museum will visit the CIAA Conference member schools throughout the month of March to provide students with a look at the tournament's history and the pioneers who set the stage for what the tournament has become today.

"It was a pleasure to work with Rodney and his team to document the Tournament's illustrious history," said Suzette McQueen, CIAA Senior Associate Commissioner of External Operations and Strategic Marketing.  "Their enthusiasm, attention to detail and willingness to partner with the CIAA is unparalleled.  We are grateful to our corporate partner Toyota for seeing the value in celebrating the CIAA Basketball Tournament. This visual exhibit will allow our fans and member institutions to experience the CIAA in a new way.

ABOUT THE AMERICAN LEGACY BRAND
Rodney J. Reynolds founded American Legacy Magazine in 1995 as a joint venture with Forbes Magazine.  Total readership of American Legacy was over 2 million when the print edition ceased publication in 2011. The mission of the American Legacy brand which is celebrating its 25th Anniversary in 2020 is to broaden and enhance the awareness of African-American history through the utilization of educational products, mobile experiential tours, and new media with the launch of the subscription video-on-demand (SVOD) service, American Legacy Network (ALN). To subscribe to ALN, visit www.americanlegacynetwork.tv. Black History Made Every Day.

ABOUT TOYOTA
Toyota has been a part of the cultural fabric in the U.S. and North America for more than 60 years, and is committed to advancing sustainable, next-generation mobility through our Toyota and Lexus brands. During that time, Toyota has created a tremendous value chain as our teams have contributed to world-class design, engineering, and assembly of more than 38 million cars and trucks in North America, where we have 14 manufacturing plants, 15 including our joint venture in Alabama (10 in the U.S.), and directly employ more than 47,000 people (over 36,000 in the U.S.). Our 1,800 North American dealerships (nearly 1,500 in the U.S.) sold 2.8 million cars and trucks (2.4 million in the U.S.) in 2019.

Through the Start Your Impossible campaign, Toyota highlights the way it partners with community, civic, academic and governmental organizations to address our society's most pressing mobility challenges. We believe that when people are free to move, anything is possible. For more information about Toyota, visit www.toyotanewsroom.com.