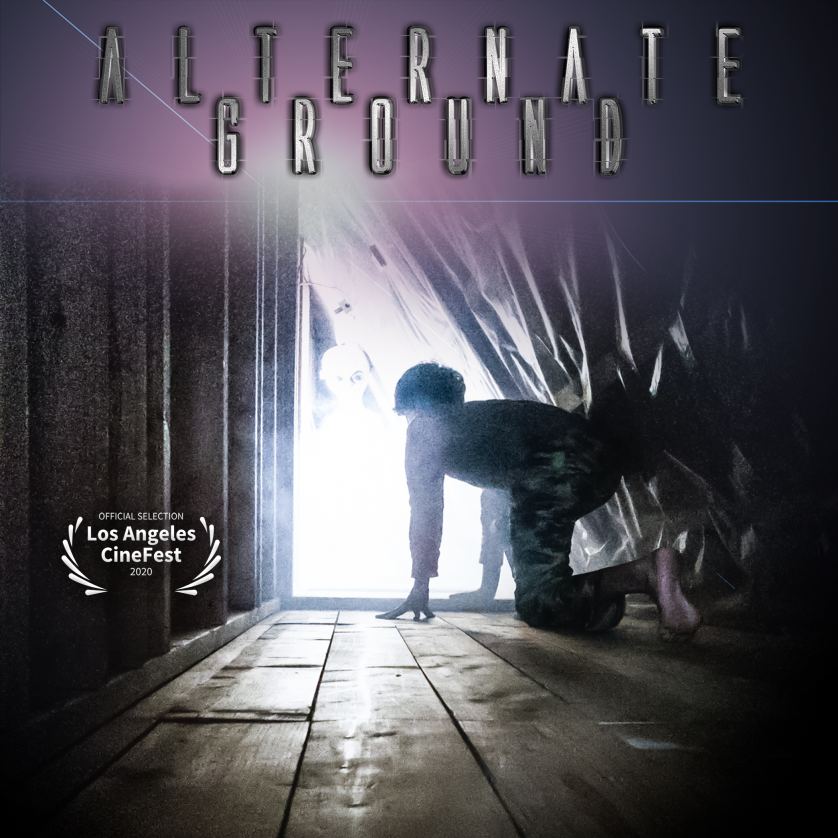 NASHUA, N.H. & BOSTON - EntSun -- ParaAct Entertainment, a Boston based production company, announces the premiere of the sci-fi feature film Alternate Ground - When a teenage boy is found after disappearing overnight, his unexplained behavior causes concern within the family, and a lack of medical answers leads to the revelation of alien abduction. Alternate Ground will have a one night screening on March 7th at Chunky's Cinema Pub in Nashua, NH and was filmed between New Hampshire and Massachusetts and features actors from across the region.

The film is written and directed by Daniel Groom of Randolph, MA, who has directed several short films available on Amazon Video. "I have always been interested in the concept of aliens as well as abductions so I wanted to make a film that brought together facts from the multitude of stories that are out there while at the same time, putting my own spin on it. The response from the teasers released so far have shown that people are very interested in the film," said Groom.

More on EntSun News
Alternate Ground is Groom's debut feature film. Primarily filmed in Meredith, NH on Lake Winnipesaukee, Alternate Ground's Massachusetts locations include Boston, Randolph and Salem. The film was taken to the American Film Market in Santa Monica, CA last November and will make its rounds on the festival circuit before its eventual release in the fall of 2020.

Alternate Ground is scored by award winning composer Daniel Elek-Diamanta. The soundtrack will be provided by alternative metal band, Audio Vex, with their single "Cave Alien". Frank Finesse, a Hip Hop producer based in Germany, has provided his single "Gossip"

More on EntSun News
Alternate Ground is scheduled for a 2020 release.

Daniel Groom is the owner of ParaAct Entertainment, a video production company. He has produced and released six films on Amazon Video (They Don't Know, Born in Darkness, The Beginning, Maledictus, The Darkest Risk and Outside). In 2014, he worked for Telemundo's on demand program "Orale Con Veronica" as a field camera operator. In 2019, he was the Director of Photography for the sci-fi feature film First Signal. For more information, please visit https://www.paefilms.com